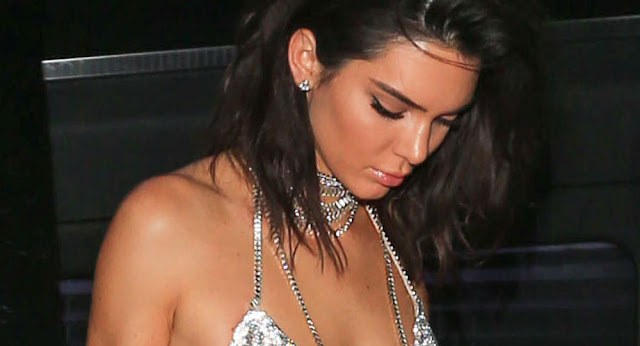 The choker, the winning accessory that has made a comeback thanks to an overall nineties resurgence. Whether it be velvet, thin string wrapped and tied in a bow, bandanas or statement jewels, you can't escape them. They literally are everywhere!

The nineties has become a massive trend this year what with slip dresses paired with a simple tee, grunge and denim jackets, the choker has been the key piece. From it's original roots in films such as Clueless and The Craft, celebrities and It-Girls such as Kendall Jenner, Gigi, Bella, Rihanna and many many more can't get enough. The model and reality star, Kendall Jenner has even been dubbed the Queen of the Choker as she is rarely seen without the trustee accessory from the red carpet and for her off-duty style.

Retailer New Look has reported that it has sold one choker every nine seconds, and one every five seconds at the weekends. Which for those who see that the choker has had its moment and that their time is up just shows that they aren't going away anytime soon.