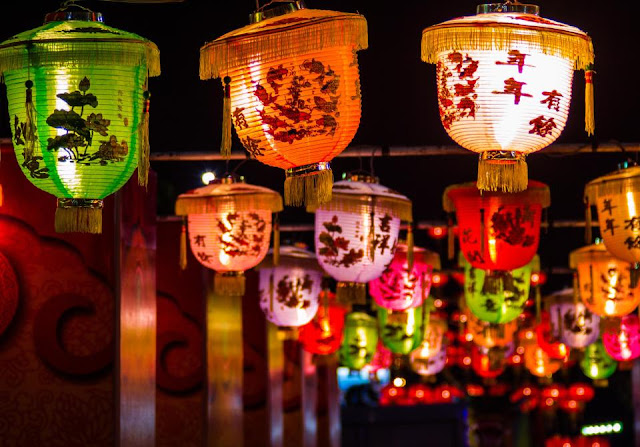 The Year of the Rooster - the Chinese New Year - begins this Saturday, the 28th January and lasts until February 15th 2018. Also known as the Spring Festival, the date changes year to year due to the lunisolar Chinese calendar.

This year it is the turn of the tenth animal that appears in the Chinese zodiac, the Rooster. People who are born within the Year of the Rooster are characterised as talented, hard-working, intelligent, honest and talkative, amongst other traits. But it's not all good. According to Chinese astrology, the year of your sign is believed to be one of the most unlucky years of your life - so don't be getting your hopes up, all you Rooster's out there.

If you're looking to join in on all the fun, then head down to London's Chinatown, where the celebrations are set to be the biggest outside Asia on Sunday. Expected to start around 10am along Charing Cross Road and Shaftesbury Avenue before making their way to Chinatown.

To make it the best year ever for you, we looked into some Chinese New Year taboos to be avoided on the first day:

Welcoming in the New Year
According to tradition, you must stay up late on New Year's Eve to welcome in the New Year. You must also set off firecrackers to scare off spirits and Nian, the New Year monster.
Crying Children
The cries of a child are said to bring bad luck to the family - best keep them children happy!
Going Out
A woman is not allowed to leave her house, otherwise she will face a year of bad luck. If you're a married daughter wanting to go see your parents on the New Year then think again. If a married daughter is to visit the house of her parents, this is believed to bring bad luck to the parents, causing economic hardship for the whole family.
Washing Hair
On the first day of the lunar year, you must not wash your hair. In the Chinese language, hair has the same pronunciation and character as 'fa' in facai, which means 'to become wealthy'. Meaning that it is seen as not a good thing to 'wash one's fortune away'.
Medicine
Taking medicine on the first day of the New Year means that you will get ill for the next whole year.
Monochrome Fashion
Wearing white or black clothes aren't acceptable as these two colours are associated with mourning.