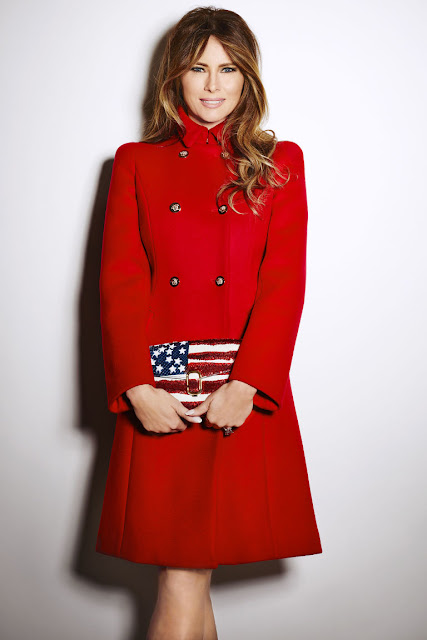 It's not long now until Donald Trump takes charge and becomes the 45th President of the United States on January 20th. And along with all the controversary surrounding his appointment, it now appears the drama has managed to turn towards his wife and future First Lady, Melania and the fashion industry.

When the news first came we didn't quite believe it but yes, it's happened and certain designers aren't too happy with the decision and have flat-out refused to dress the next First Lady, whilst others are undecided on the whole matter.

French-born designer Sophie Theallet started it all when she penned an open letter on November 17th saying she would not be participating 'in dressing or associating in any way with the next First Lady', as 'the rhetoric of racism, sexism and xenophobia unleashed by her husband's presidential campaign are incompatible with the shared value we live by' and she 'encourages' her fellow designers to do the same.

Tom Ford, Marc Jacobs and Phillip Lim are just a few others who have stood by Theallet and said they will also not be dressing the First Lady because they have 'no interest whatsoever' in creating any sort of relationship with either of the Trumps.

But it's not all bad news for Mrs. Trump. Other designers see that this could be a great opportunity for not just their brand but also American manufacturing. Diane von Furstenberg has said that 'the fashion industry is to promote beauty, inclusiveness and diversity,' which is something they are always trying to promote and so would be up for the challenge.

There's not really a right or wrong move in this case. You can't blame or look down upon anyone and their decisions. You either think about your personal political beliefs and loyalites or you put your brand first. Only time will tell on how everyone reacts to the Trump's in office and it'll sure be interesting to see how everything unfolds.