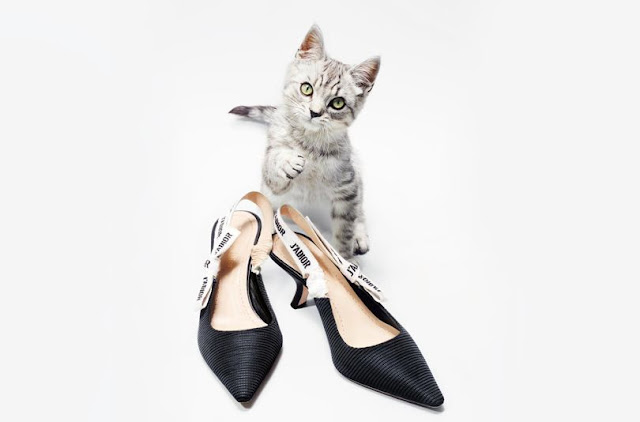 The miniature stiletto is making a comeback - according to Vogue -  this season, and Twitter is having none of it.

In their February issue, British Vogue explores the rise and fall of the heel, the stars that made them famous and why the industry is going towards a more simplistic heel style.

Gucci, Manolo Blahnik and Vetements, Dior, Celine, Prada and Saint Laurent - to name a few - have all recognised the trend for their SS17 collections. With Gucci's, bamboo heel, Dior's, 'J'adore Dior' design, it looks like the kitten heel is going to be a staple item for the upcoming season. When the big name designers, and most influential recognise the trend together, you can be sure that they're on to something, and soon everyone will follow suit... they hope.

Are they trying to change the way we view the heel and ultimately the negative connotations we associate them with? According to Twitter and the public's response, those connatations aren't going anywhere any time soon.

When the fashion bible announced over on their Twitter feed that kitten heels were making a comback, users responses were probably not the reaction that they were hoping for. As you can imagine, with the use of memes and gifs, users made their feelings quite clear.

Images of Naomi Campbell to Miranda Priestly from Devil Wears Prada with a simple caption of 'No.No.No.No' soon displayed everyones attitude - and the classic, 'it's a no from me' Simon Cowell soon appeared. Basically, it was just a lot of no's. 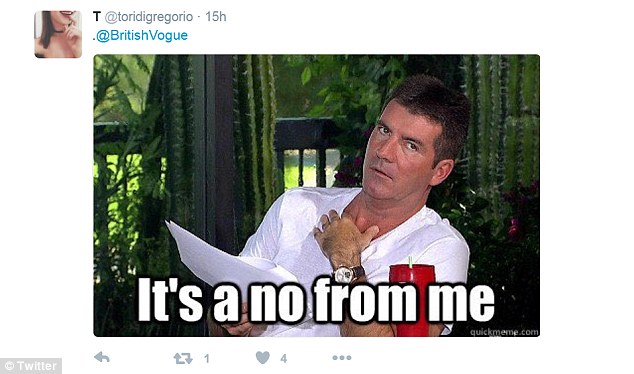 We can't really call it on this one. Expect to see celebrities and big names within the industry to be wearing designer heels but for the rest of us normal folk, it's a no from us.